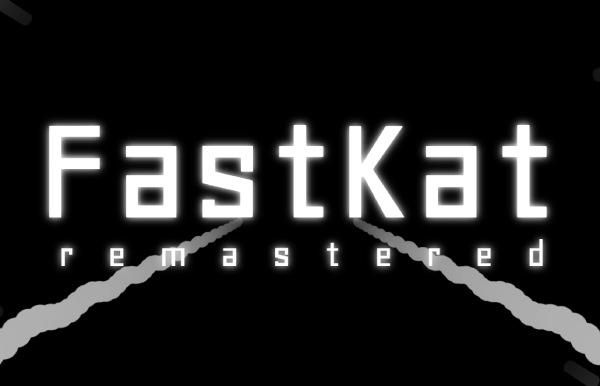 Total rewrite of the original Fastkat, this time made in WebGL and boasting 3D sound effects that further improves the speed effect.

The graphics are still minimalistic but this time in real WebGL to take advantage of hardware acceleration and add more 3D elements.

Features
• made in three.js and the webaudio API

A fast and psychedelic race inside a minimalistic world. Reach the max speed to score.

The first game of the series, inspired by some of the early demos for the three.js library.

I opted to not go full 3-D, just limiting the objects to simple circles (name them particles, stars, dots, things ...) so that it could run as fast as possible in a web browser of those years, as it was around 2010.

It was quite a success, with reviews on YouTube, Reddit (103179 hits from there in a single day!) and the rest of the web... I was a bit puzzled about all this success, but still happy.

One year later I was contacted along with a dozen of other indie developers to promote the then new Google Chromebooks.

Totally delighted to be part of all this.

Features
• made in HTML5 / canvas / three.js
• Featured at Chrome Experiments
• Chosen with other 11 sites for the first Chromebook preview
• About thousands of Facebook "likes", 484K Stumbles (rip) and hundreds of Tweets, so far.
• 121,807 players in a single day

Two years later, Web-GL was finally widespread on browsers to point to a game with truly 3D visuals.

I had no idea how to build real 3D objects, so I limited myself to simple geometric figures for obstacles, and tried to visualize the spaceship, a frequent request on the previous game.

A good use of lights and a cool background music sanctioned a new success, even if there were still those who preferred the previous version.

Just as fast, but this time you have to collect instead of avoid!

A couple of years later, I noticed the excellent work of Alexey Romanowski and those visual were the inspiration for a new game.

I tried to create a variation of the game where this time the objects must be collected instead of dodging them.

I asked my friend Fabrizio Radica for a good background music, and he gave me exactly what I needed! 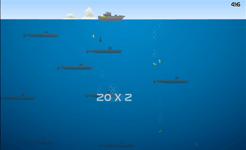 For some reason I always liked this kind of games, hundreds of submarines below the sea, and your boat that drops and infinite (while slow to reload) amount of bombs.

It was about 2000-2002 so about 20 years ago, I used Flash because at those times it was the only way to make games in a browser, and I even managed to add chain explosions too, something I never saw in this kind of games.

Too bad Flash is almost gone. Enjoy if you can.

While backing the development of Elite Dangerous, I thought that the original Elite gameplay (1984) was nothing more than buying things somewhere and then selling them somewhere else, destroying some enemy spaceship along the way.

This could be translated into a very simple text adventure, and this is it.